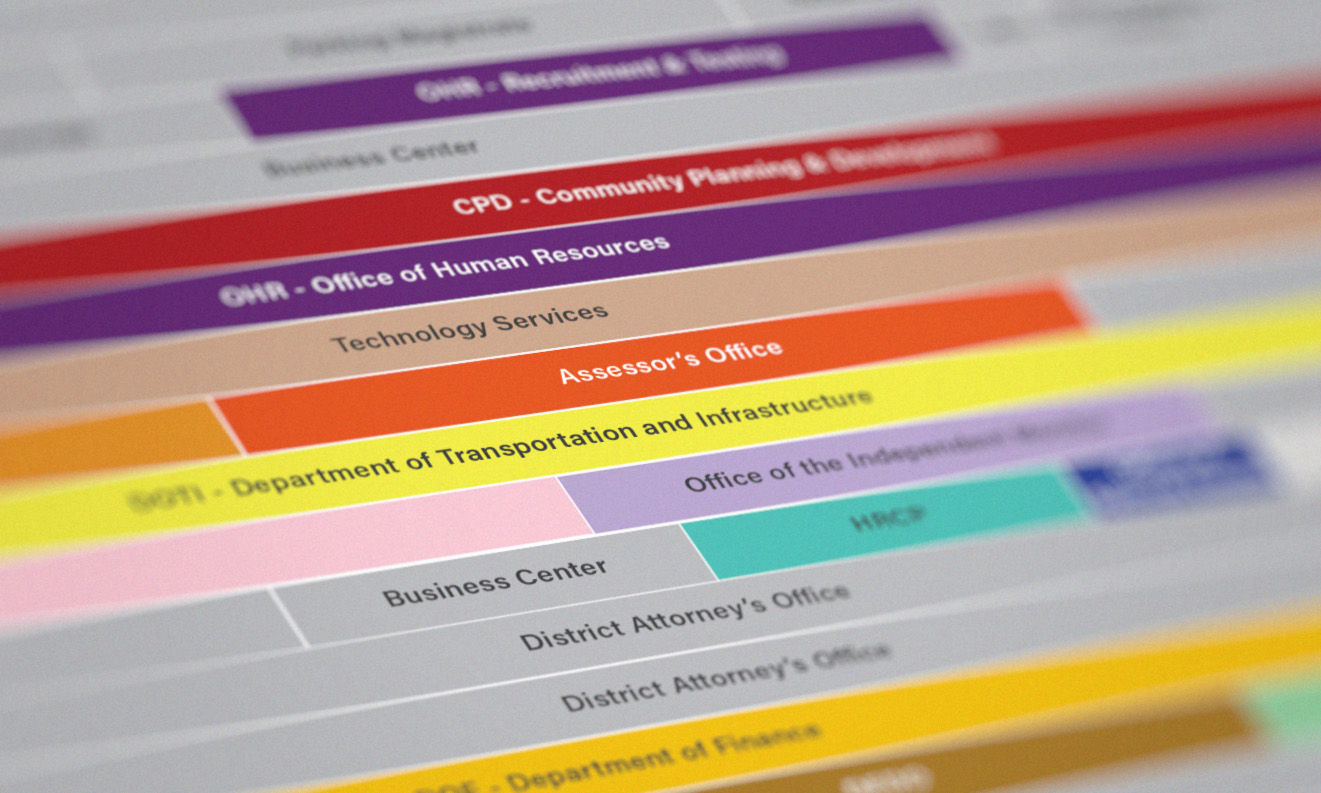 The goal of this study was to examine the Wellington Webb Building (aka the Webb Building), the existing City & County of Denver staff housed there, and the staff at the Denver Post Building (DPB) – who would ideally relocate prior to the end of their lease – and determine how best to consolidate staff to optimize the real estate within the Webb Building while supporting a hybrid work model.

Working closely with the CCD Real Estate group, existing conditions were established, all affected departments at both the Denver Post Building and the Wellington Webb building were surveyed, and the CCD workplace space standards draft was used as the basis of design for consolidation guidelines.

Following this study, studiotrope is currently in the design phase of the renovations to implement the workplace consolidation. 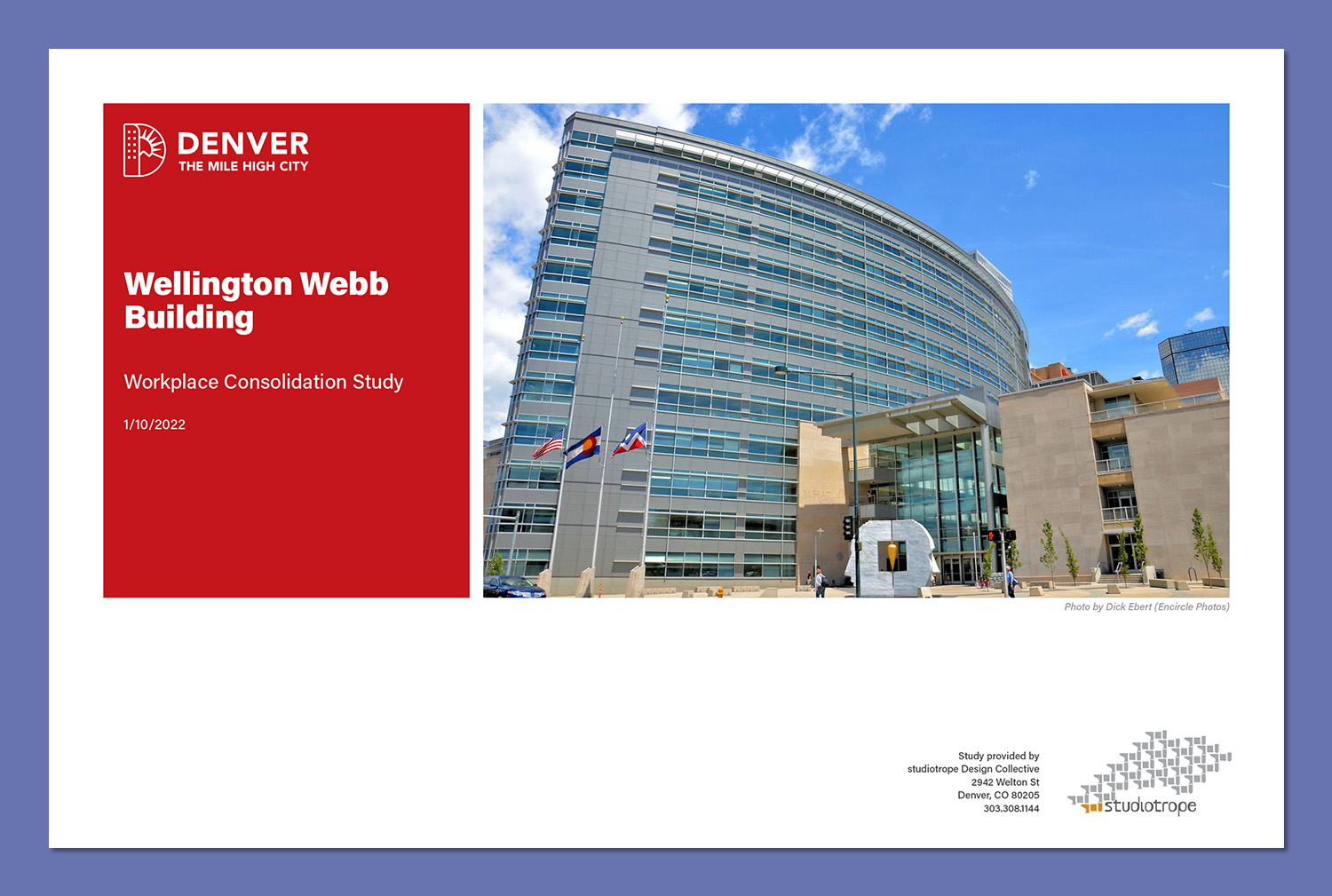 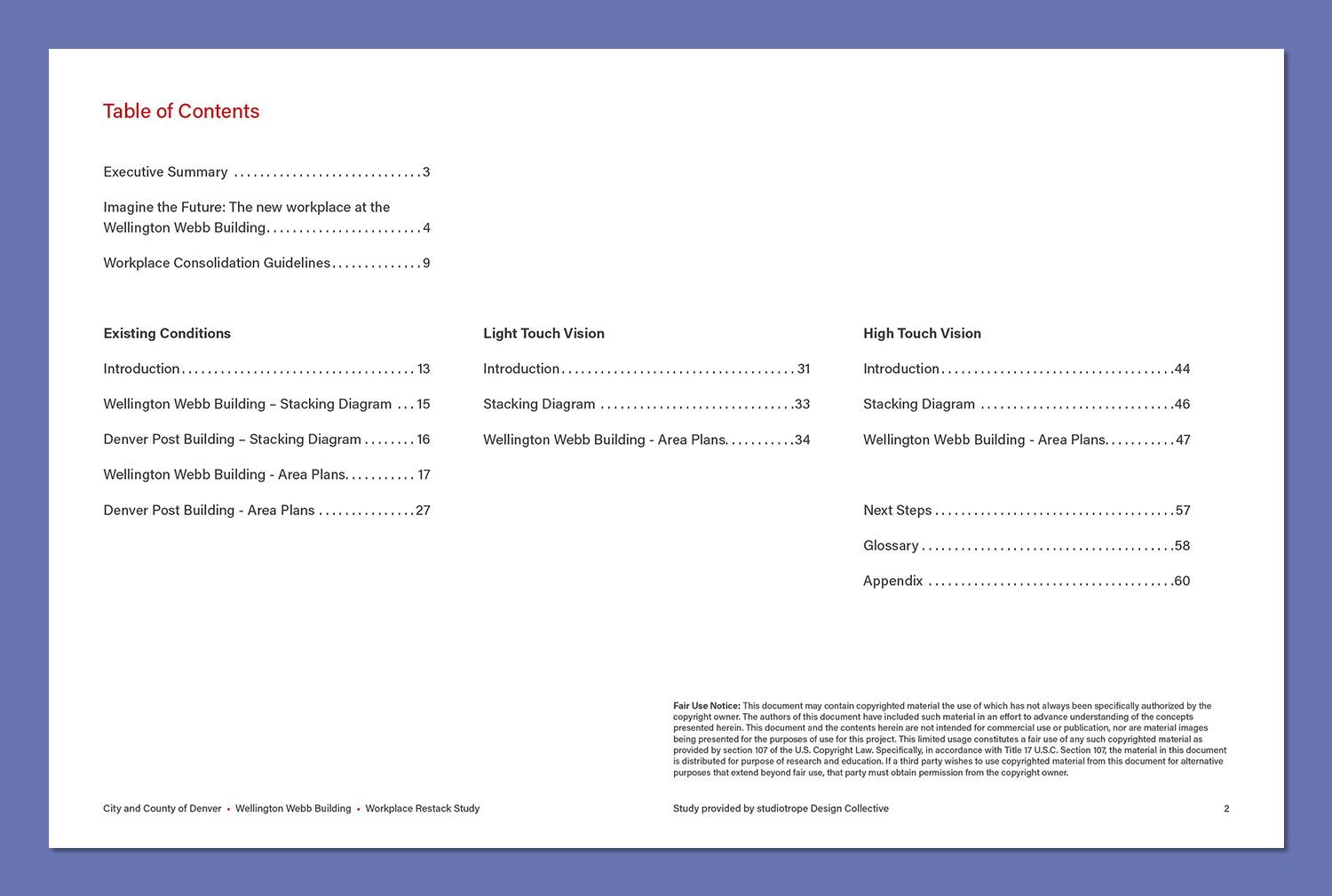 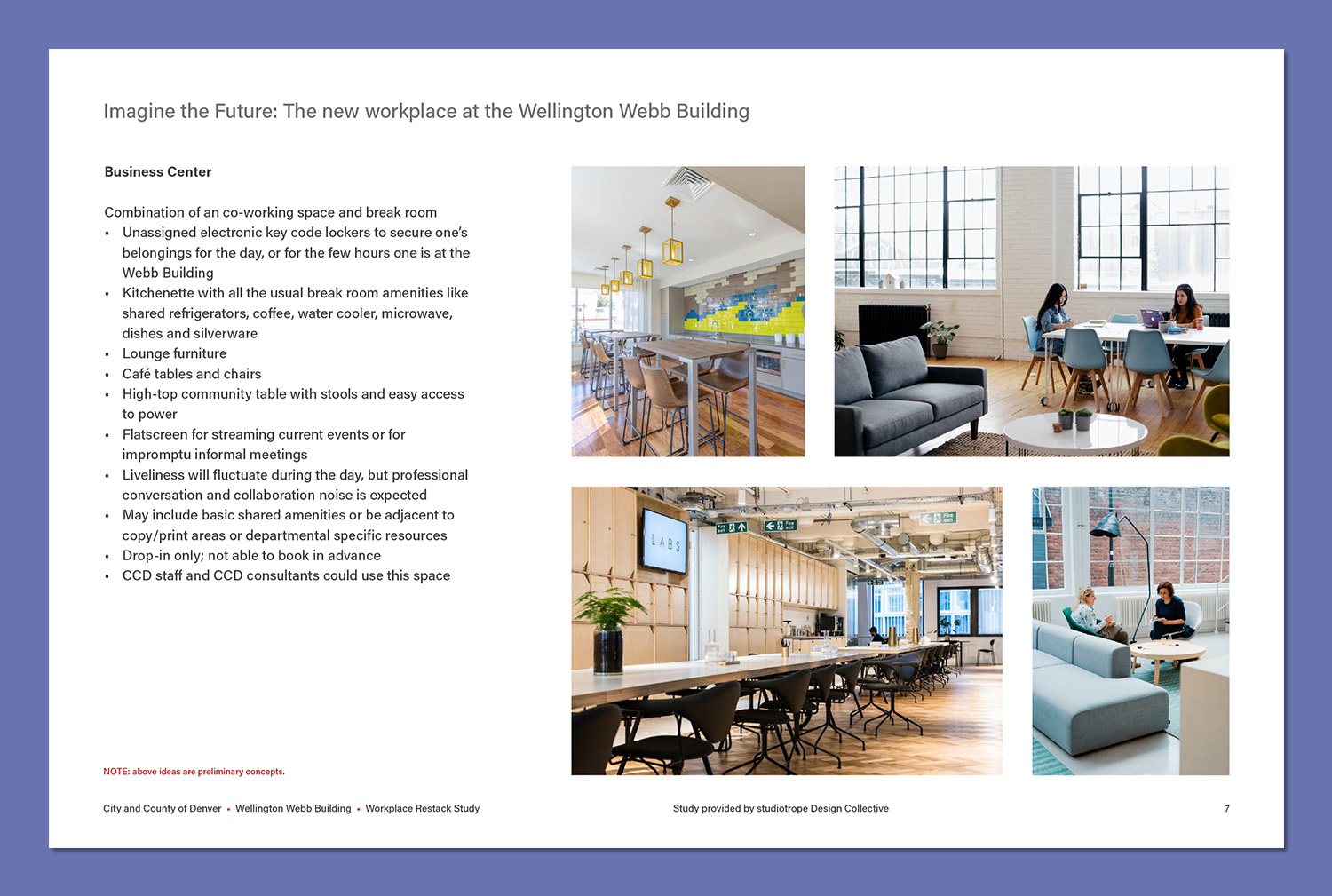 In order to provide a near-term plan and a long-term master plan, two visions for the Wellington Webb Building were created. The first scheme was a Light Touch Vision which kept the vast majority of walls in place as is, used the existing workstations, and suggested that any new required walls be demountable walls. The schematic light touch plan provided a near-term solution to accommodate all staff that needed to move from the Denver Post Building within the Webb Building. This plan strove to be lower impact on existing staff at the Webb Building while creating a path toward the future vision that the high touch plan shows. 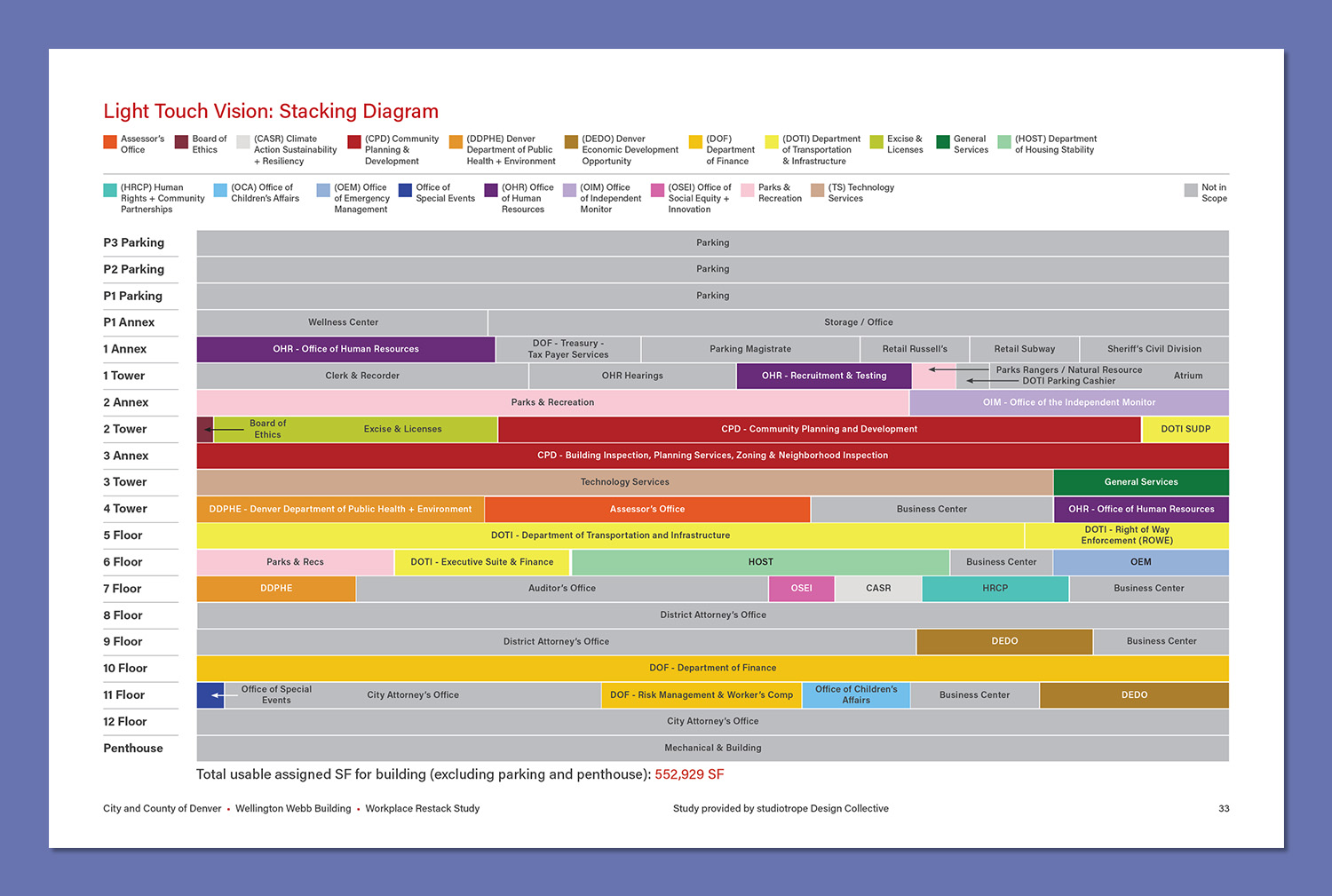 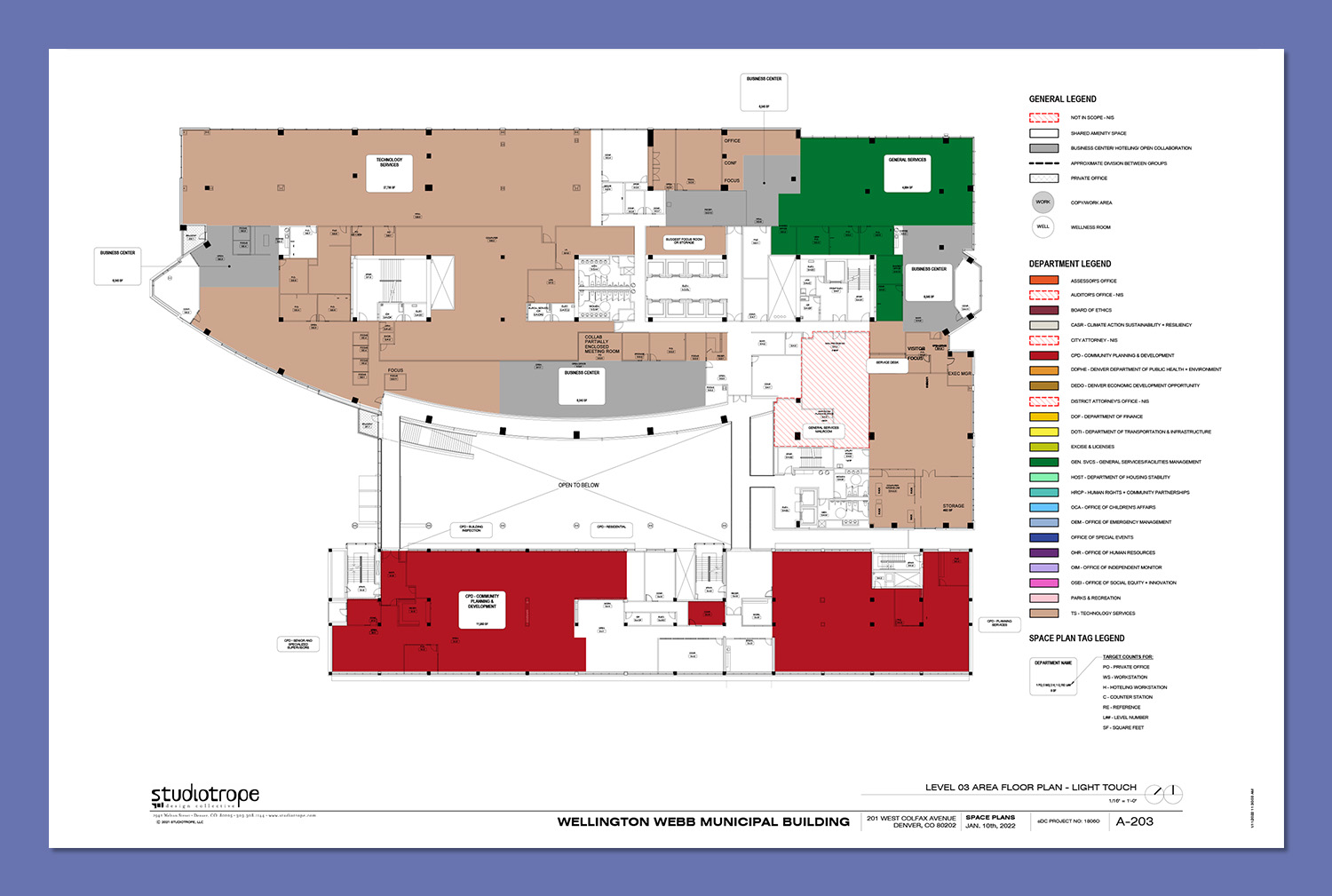 The second proposed scheme showed the High Touch Vision or long-term master plan. All workstations were right-sized to align with the proposed space standards, and more walls and doors were added or demolished. Like the proposed Light Touch scheme, the proposed high touch scheme also accommodated all Denver Post Building staff that needed to move and further consolidated departments onto the same floor. This freed up space for other groups, like the District Attorney’s, so they were able to occupy all of Level 9. It also provided more collaboration areas for all staff to utilize throughout the entire building. 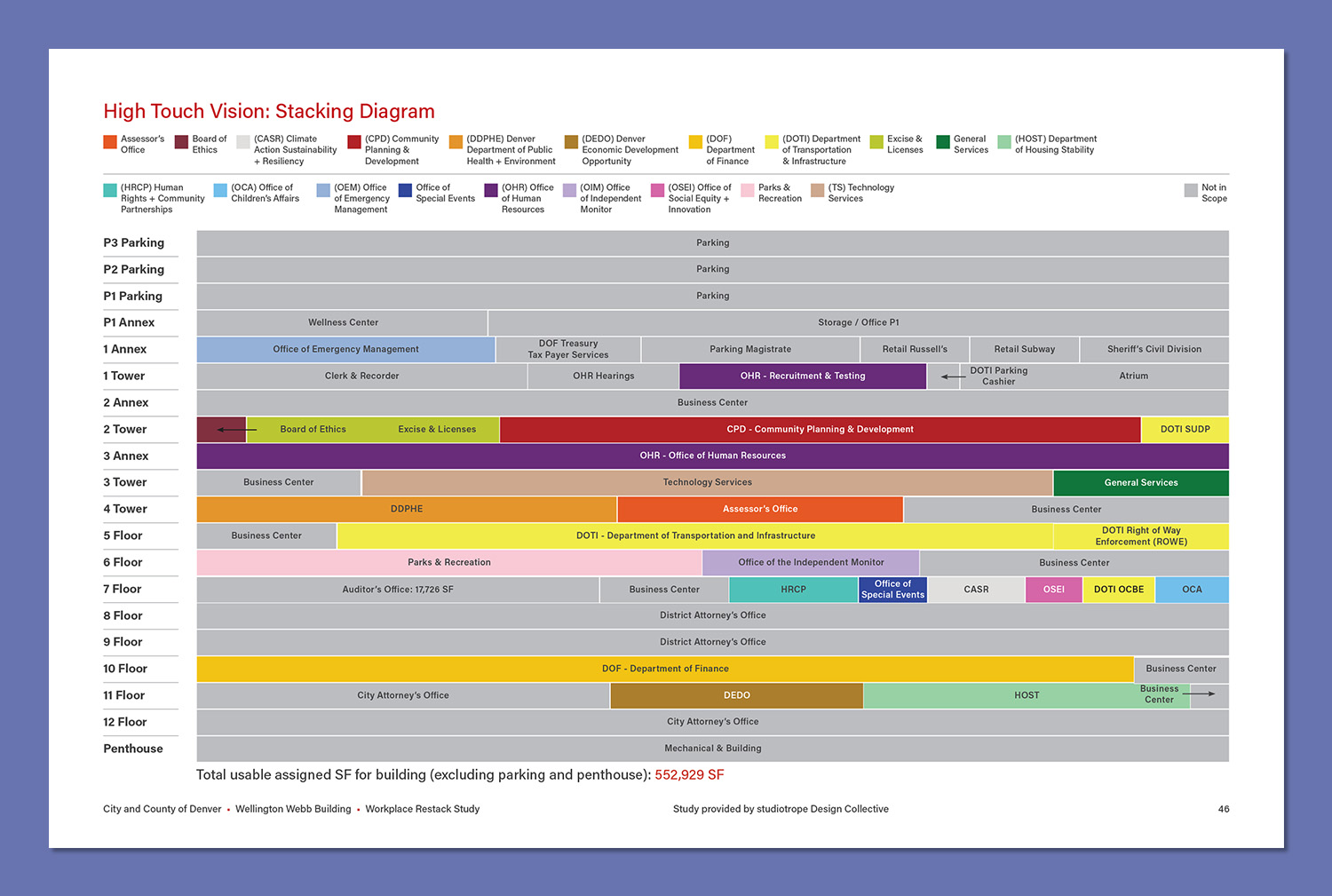 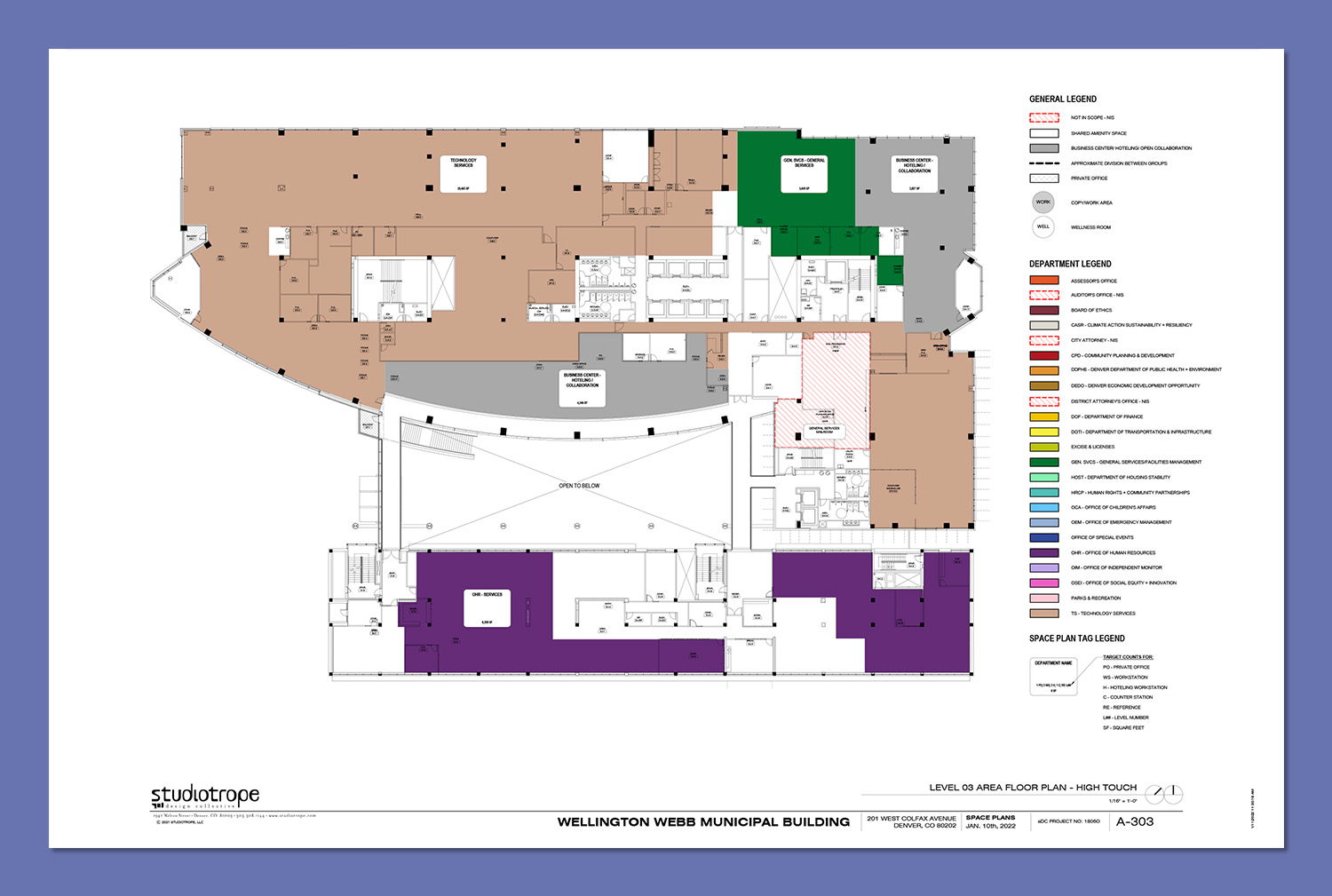